The tables below give information about the amount of beer and fruit juice consumed per person per year in different countries. 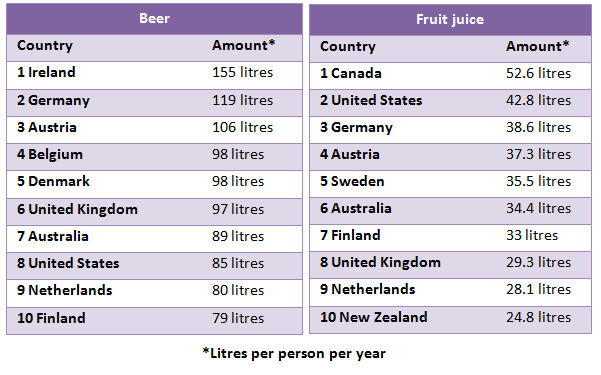 In conclusion, people of the given countries drink more beer than fruit juices on an average.