The graphs show enrolment in different colleges in the Higher Colleges of Technology in 1999.

HTC Graduates by levels and genders 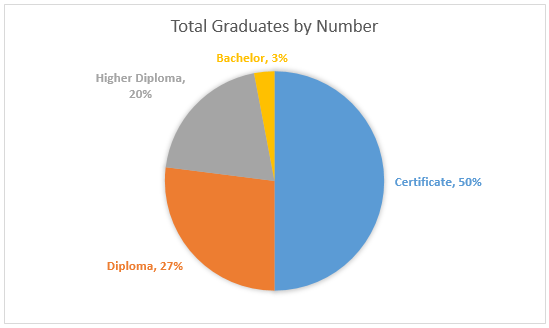 Sample Answer 1:
The given graphs show the students’ enrollment in the Higher College of Technology for the year 1999. As is presented in the graphs, Dubai University had the largest number of male and female enrolled in 1999 and majority of those students achieved their certificates than other degrees.

In summary, the number of diploma and certificate students was significantly more than the number of bachelor degree students in Higher College of Technology and female superseded the male in terms of their number on those courses.