Summarize the information by describing the main features of the chart and making comparisons where appropriate. 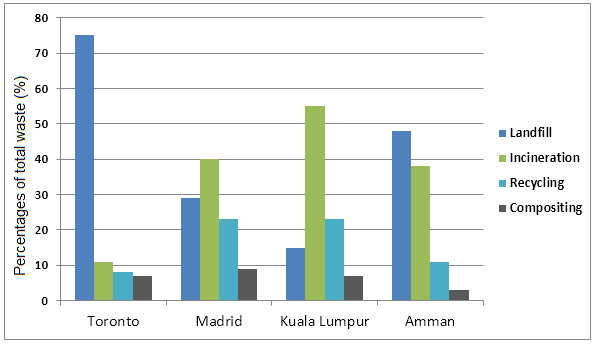 Sample Answer:
The given bar graph shows data on the four different waste disposal methods used in Toronto, Madrid, Kuala Lumpur and Amman. As is presented in the data, Landfill and Incineration are two most common way of waste disposal in these four cities.